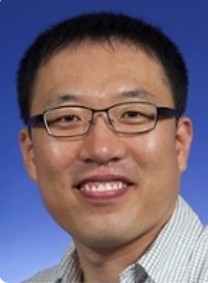 2023 Abstract - DEVELOPMENT OF CLIMATE-SMART PRACTICES ASSOCIATED WITH BIOLOGICAL INOCULANTS AND REPOSITORY OF SOYBEAN-RELATED MICROBIOMES FOR CLIMATE RESILIENCY: The main goal of this work is to overcome barriers that may be present for implementing innovative climate-smart agricultural practices. While some barriers are fixed in place by regional practices and limitation of equipment, most are self-imposed due to an uneducated and misinformed public sector. Not only will we seek to increase the research behind climate-smart practices, but also we will create a communication nexus from private to public sector. This will help increase lab-to-field translatory research and ultimately provide small, beginning, and underserved farmers with the knowledge of how to incorporate which innovative techniques on their farm to bring the most success. In addition to the climate-smart practices, we have explored the rhizosphere microbiome that plays a crucial role in soil health as well as plant growth. We used a culture-independent method to compare the bacterial communities of the soybean rhizosphere between Nebraska (NE), a high-yield state, and Oklahoma (OK), a low-yield state. We hypothesized that differences in the soybean yield are attributed to the variations in the rhizosphere microbes at taxonomic, functional, and community levels. Soil physicochemical properties were also evaluated from each sampling site for comparative study. Our result showed that distinct clusters were formed between NE and OK in terms of their soil physicochemical property. Among 3 primary nutrients N-P-K, potassium is more positively correlated with the high-yield state NE samples. We attempted to identify keystone communities that significantly affected the soybean yield using co-occurrence network patterns. The network analysis revealed that communities formed distinct clusters in which members of modules having significantly positive correlations with the soybean yield were more abundant in NE than OK.